To conduct a visual inspection of the residuals we simply use the following: 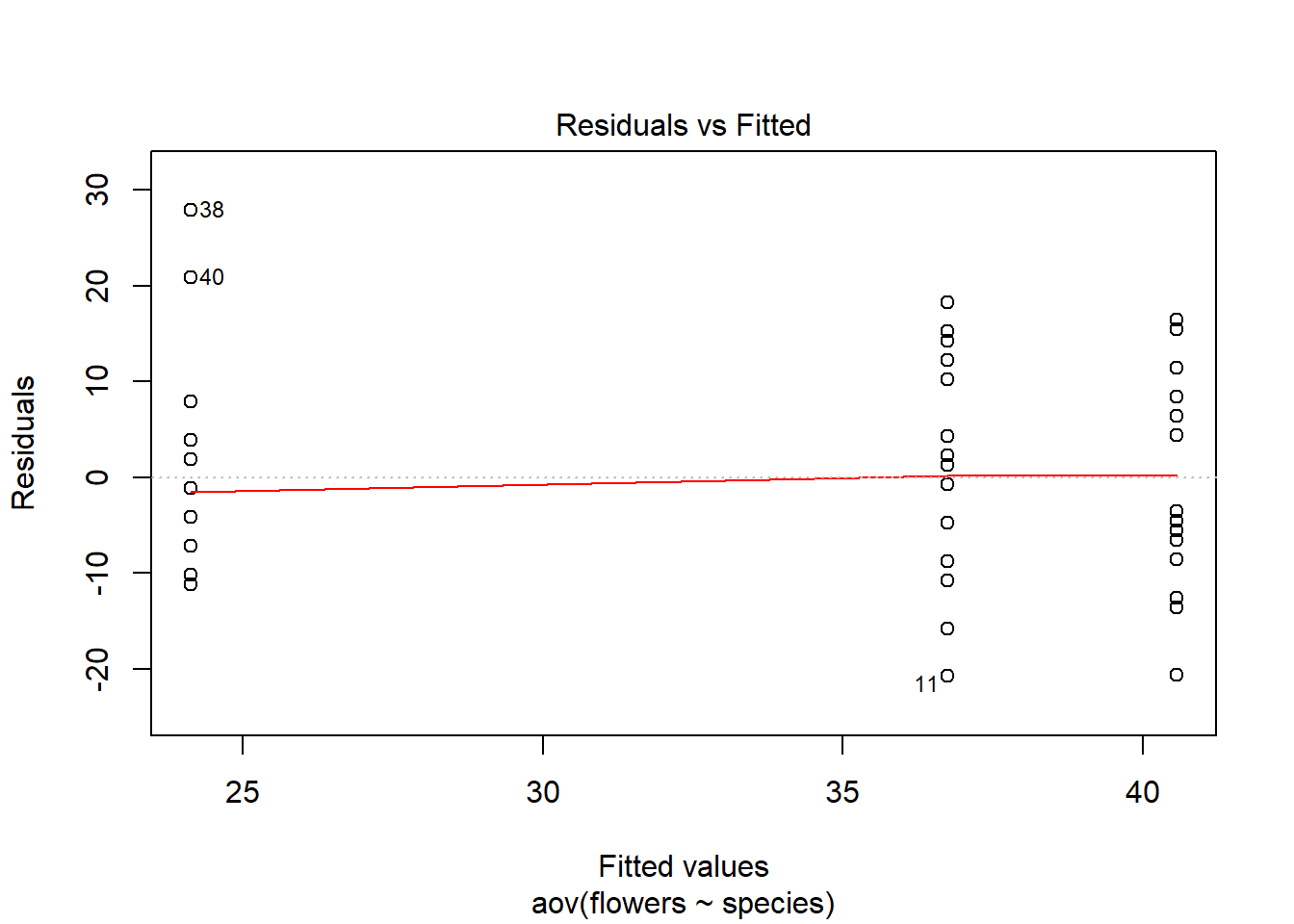 The other way to test this is to use a statistical test, such as a Cochrans or Bartletts test. For this module, we will be taking a departure from the typical Cochran’s Test as there are other tests that (in my personal opinion) are more useful and WAY easier to conduct in R. The first of these will be a Bartlett’s test.

This shows us that the variances are homogenous (i.e. a non-significant P value). The reason we may not use a Bartlett’s test all of the time is because it is highly sensitive to departures from normality (i.e. non-normal datasets). If we suspect our data is not-normal or is slightly not-normal and want to test homogeneity of variance anyways, we can use a Levene’s Test to account for this. I suggest reading up on the differences between bartlett’s and levene’s tests before using levene’s. Here is how to do it anyway:

Again, simple and easy to use. Our P value is not significant which agrees with the Bartlett’s test result.

What is the bartlett p-value for the species richness by fragment analysis in the Insecticide dataset?